Performance Parts & Accessories not related to a specific model.

This unit was pulled from a working setup in an 81 Vanagon. The heater worked fantastic, there really isn't much to report.

It has the timed heater you can run when the vehicle isn't running, and you could usually run it 4-5 times before it would drain the battery too far down to where starting might become difficult. I had this setup when I originally purchased the van and drove it to Minneapolis, and I could drive around with shorts on in below zero temperatures - no joking.

I have the belly pan cover as well, but if anyone wanted this setup to be shipped somewhere, there's no way I can send that part of it.

A friend and myself removing the entire wiring harness, being extra careful not to damage any of it in the process. We had to drop the gas tank in order to pull the complete wiring harness completely unharmed.

The BA6 itself, the recirculation fan, wiring hardness, fuel pump, coil, ducting, belly pan, you name it, it's all here.

I will be coming to the Deschutes River RendezVW on June 17th-19th in Maupin, Oregon and I could bring it along with me then if your also going - or if your on my route between Eureka, CA and Maupin we could meet up and swap then as well.

The plan was to adapt this to my baywindow bus, which doesn't seem too bad of a project after a lot of research, and while I planned to do the install this summer - I realistically only needed it for maybe one month window in time where I live currently. I don't want to hack this into my bus for such limited use, and I have plenty of more important projects to tackle. It's just sitting around in the garage now. I completely cleaned up the BA6 itself, as well as the recirculation fan (since they would be the most exposed under the bay)


Make me an offer. Money or trade for other Baywindow parts, just PM me if your interested.
It'll be cheaper to pick up or trade in person, more to ship obviously.


Here is the setup prior to cleanup: 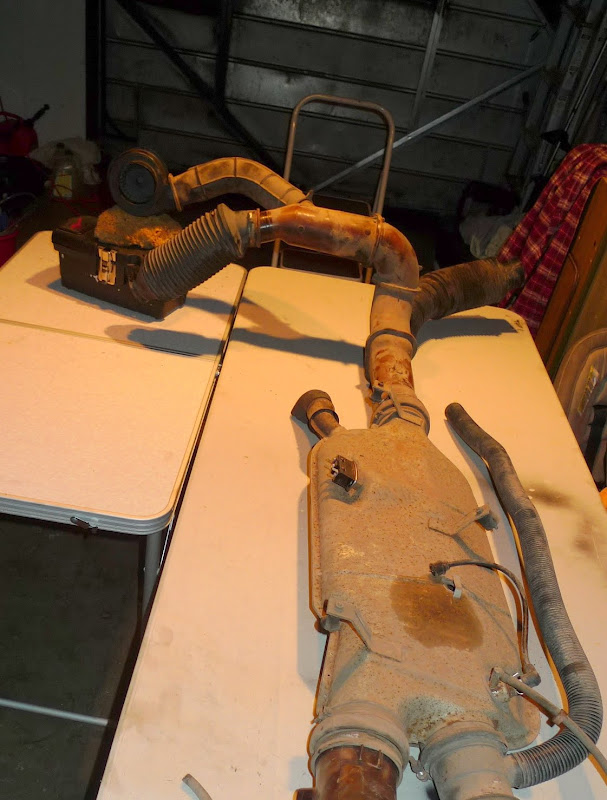