On the Facebook group, one poster complained about how he was turned away at a campground because his Westfalia camper wasn't considered an RV by the manager. It's a little-known fact that some Westies sold in California were certified as "mobile homes" (AKA recreational vehicles) and displayed that status on a plaque just above the Westfalia plaque under the closed passenger-side door. I've actually pointed to this plaque when I was questioned at a campground about my bus's status, and obtained approval to camp there. What was interesting was that the manager said that she'd never seen such a plaque before, although she admitted that she never looked for one and the owners never pointed it out to her.

FWIW, here's the test of the plaque, with the numbers that the State of California used to check their little boxes for RVs:

This insignia remains property of the
State of California

Approved having in compliance with rules and regulations for plumbing, heat producing, and electrical equipment in a motor home as stamped hereon
CAL ADMI Code

Isn't that interesting? I'm posting it here because my plaque, now almost fifty year old, is almost unreadable. So print this out, save it in the glove box, and remember to show it to anybody who thinks your bus isn't a recreational vehicle.

I might add that when a friend of mine tried to register her converted van (a 2000 GMC Savannah) as an RV, she was told that she couldn't do it because it had no toilet facilities. This was around the year 2000. I suspect that the standards were changed between 1971 and 2000, but my bus was "grandfathered in" because in 1971, that wasn't a requirement.
-- JLT
Sacramento CA

There were reproductions made, six or seven years ago at great cost. And then my local engraving place plugged the wrong font into the machine and rendered them so unattractive I left them off! 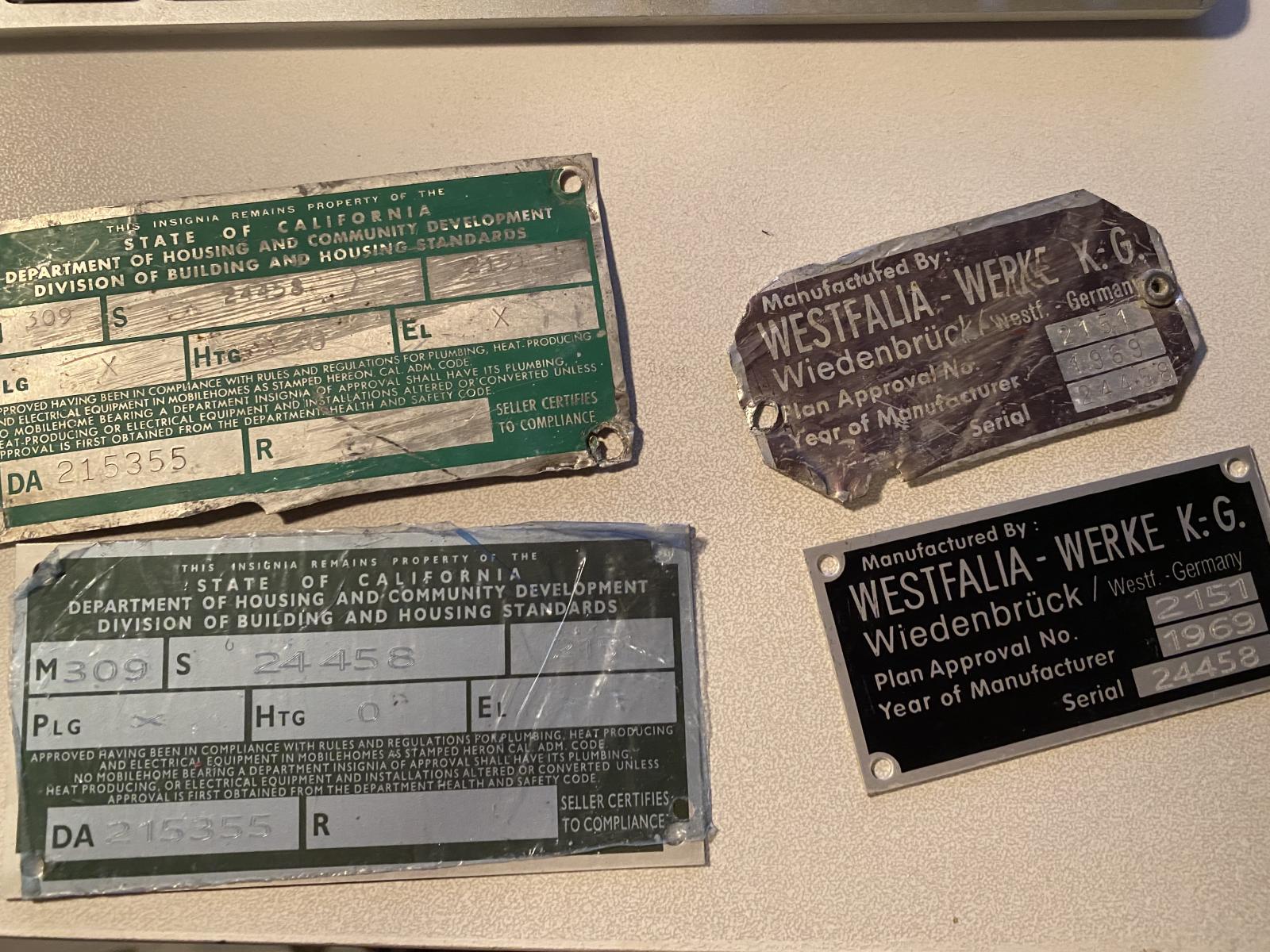 That said, the issue of access to RV campgrounds is usually granted with independent water systems- something RVs in the '60s didn't need to be badged by the state. Nowadays, they have much stricter requirements to earn the badge, and most State Beach campgrounds that I've ben to follow those. Glad you were able to reason with the hosts!

I get a kick out of the folks that don't consider these RV's. I like to tell them it not only the original RV but it's also the original SUV and ATV! We've got it all covered in these things!
It took me a while to figure out why one of my 71 Westys didn't have the plates on it, because it was imported to NY instead of CA. Apparently NY didn't require them for importing.
And by the way, where the hell is Colin?!, LOL! I know he's a bit preoccupied but I miss the good stories and of course the tour this summer.

It seems he's off of Instagram lately. He must be hunkered way down somewhere....
Top

Always good to hear the reports and I'm glad you're with humans! I'm still looking forward to the next visit.
Top

I figured it was going to be a bust. But I'm here whenever your travels take you this way. In the meantime, enjoy this time, seems like you're doing the right thing.
Top

71whitewesty wrote: ↑
Thu Jul 02, 2020 10:05 am
I figured it was going to be a bust. But I'm here whenever your travels take you this way. In the meantime, enjoy this time, seems like you're doing the right thing.

). I bet it wouldn't get denied a spot in an RV park 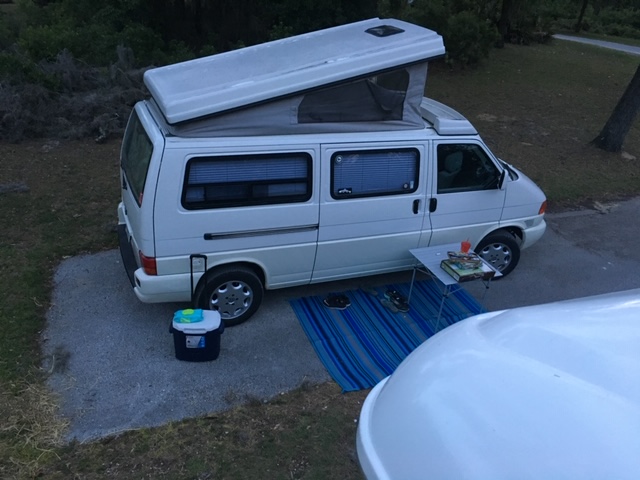