Automatic Transmission not shifting into 3rd

Automatic Transmission not shifting into 3rd

Greetings IAC! First time posting here, long time bus owner, perpetual student of the aircooled. I have an automatic transmission issue that arose this week and I thought I'd try to get some extra thoughts as I haven't really monkeyed around with my transmission ever.

Issue //
I was driving home two days ago and for some reason my bus wasn't shifting into 3rd gear. It had been fine two hours before when I drove to the beach, but all of a sudden it wasn't shifting to 3rd anymore. 1st to 2nd was still fine, but I was driving around 43 mph and surging up to 4,300 rpm and it was staying in 2nd.

Background //
Ever since I've had this bus (about 2 years), it has had issues with hard shifting. It would sometimes make a bit of a jerk when it was shifting gears. I recently changed the ATF (about two weeks ago) with Castrol Transmax DEX/MERC as it said it was Dexron III. At the time, my filter was pretty clean and there wasn't much concerning in the pan I thought. I am just starting to learn about the automatic transmission so I thought I would post my thought here to get some help trouble shooting.

What I've done so far //
I have a copy of the Dasher Bentley manual as it has a more comprehensive coverage of the automatic transmission. It suggested that this issue could be from one of three things:

- I've been hoping that because I can still drive in reverse, the D/R clutch can hopefully be eliminated. Is this fair assumption?
- I pulled out the valve assembly and cleaned the exterior without opening it up. I was a bit wary and intimidated and it was a bit more of an exploratory mission to understand what was in there as I was hoping to keep the bus operational during the day as it is my only car. I carefully separated the valve body, separator plate and transfer plate making sure to keep an eye on the balls and springs.
- I cleaned everything out by hand and replaced the balls and springs. I noticed that the ball valve (labelled "Ball spring for 3rd/2nd gear valve" in Bentley) in the transfer plate didn't have a spring (I am 99% sure I didn't lose it; it didn't seem to be there when I opened it up. What do these ball check valves do? I can't imagine this is my issue if it came on so acutely; Is there any way a spring could have disappeared or it could have been functioning fine without this spring and then all of a sudden stopped shifting to 3rd?
- the 1st gear band piston and accumulator fell out and they had a fair amount of 'metal silt' on them so I clean them out. seals were in good shape.
- I am assuming I probably need to disassemble the valve body and clean it in a solvent to really have an impact correct? There's little change to the functionality if I am just cleaning the exterior. There were some pretty alarming chunks of metal (see image below) that were sitting on top of the valve assembly. No idea where they came from.


Questions //
Am I on the right track? I think I probably need to take some time to clean the valve assembly properly, inside and out. And when I am doing this, I will pull out the governor as well. Is there something else I should be looking at? How terrified should I be about those metal bits? Is the D/R clutch a problem? Does this problem seem like something I can address myself in a week or should I be planning on getting someone to do a full overhaul of the transmission.

Thanks in advance for any help or suggestions!! (Hopefully this is not too verbose; attempting to be detailed and comprehensive)

Chucks of metal sitting on top of valve assembly 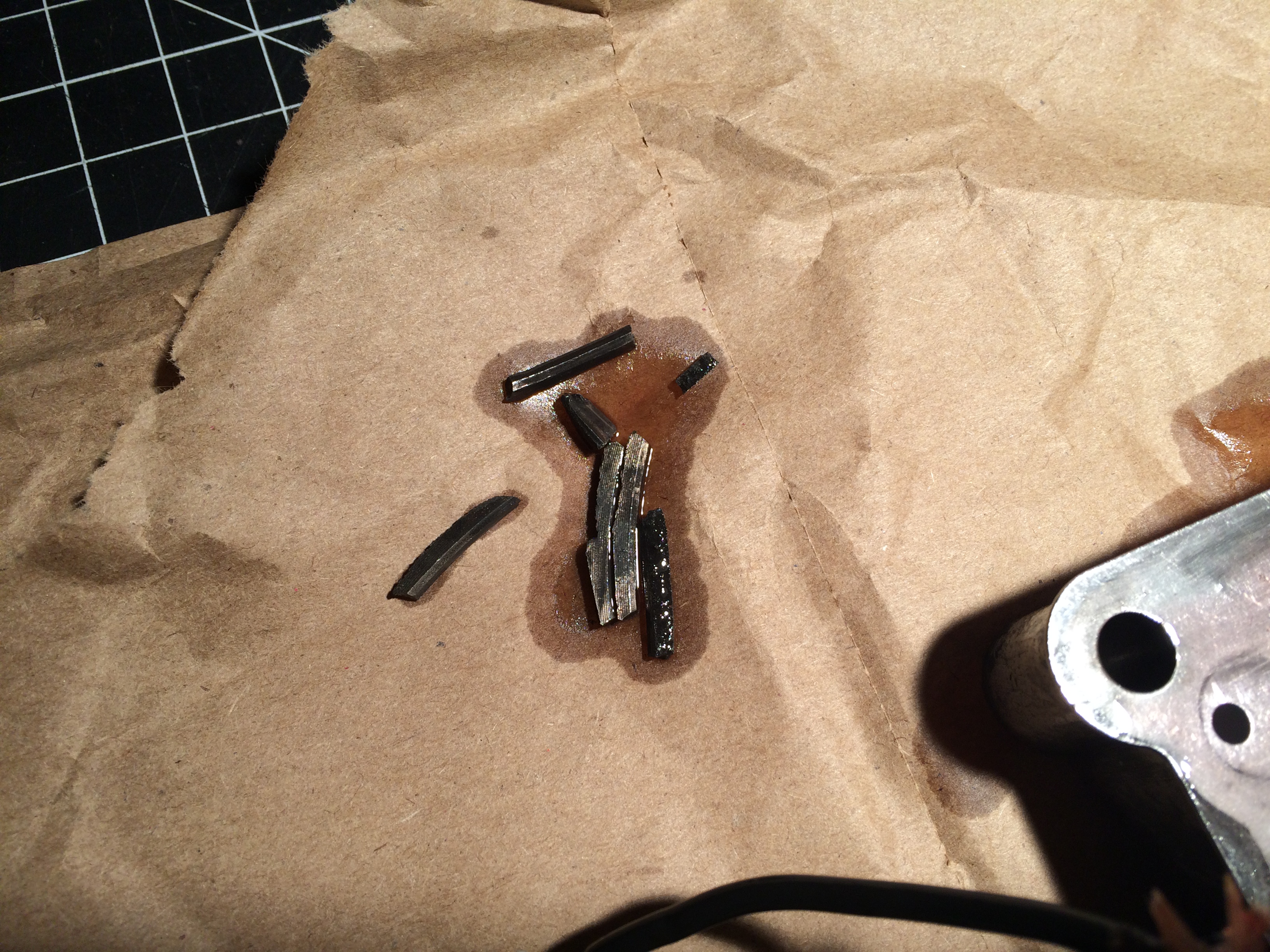 
Sitting in this cavity here 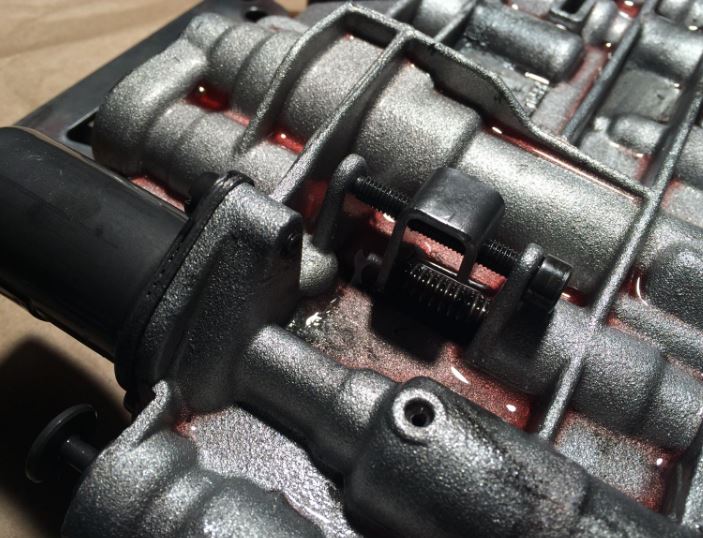 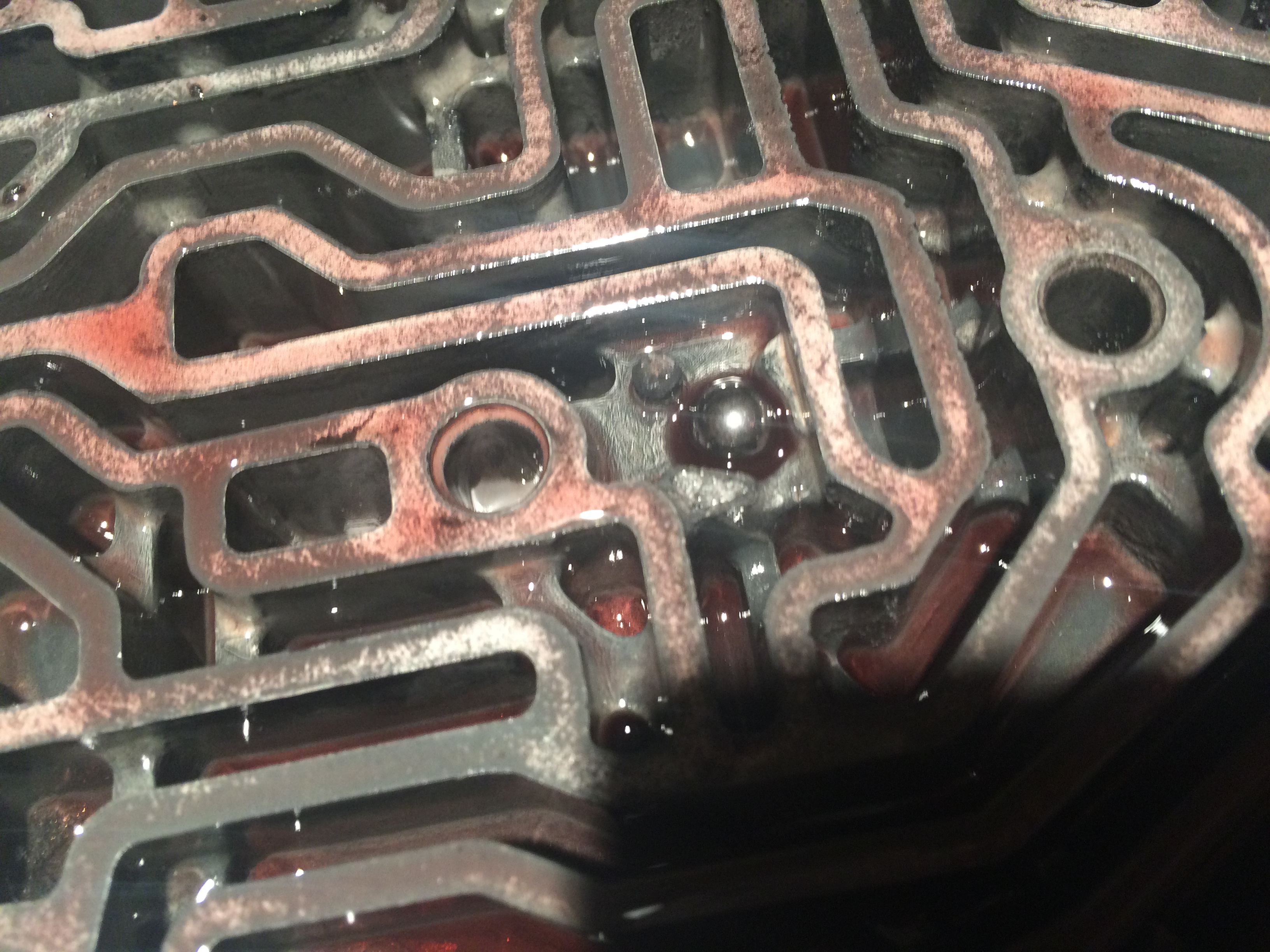 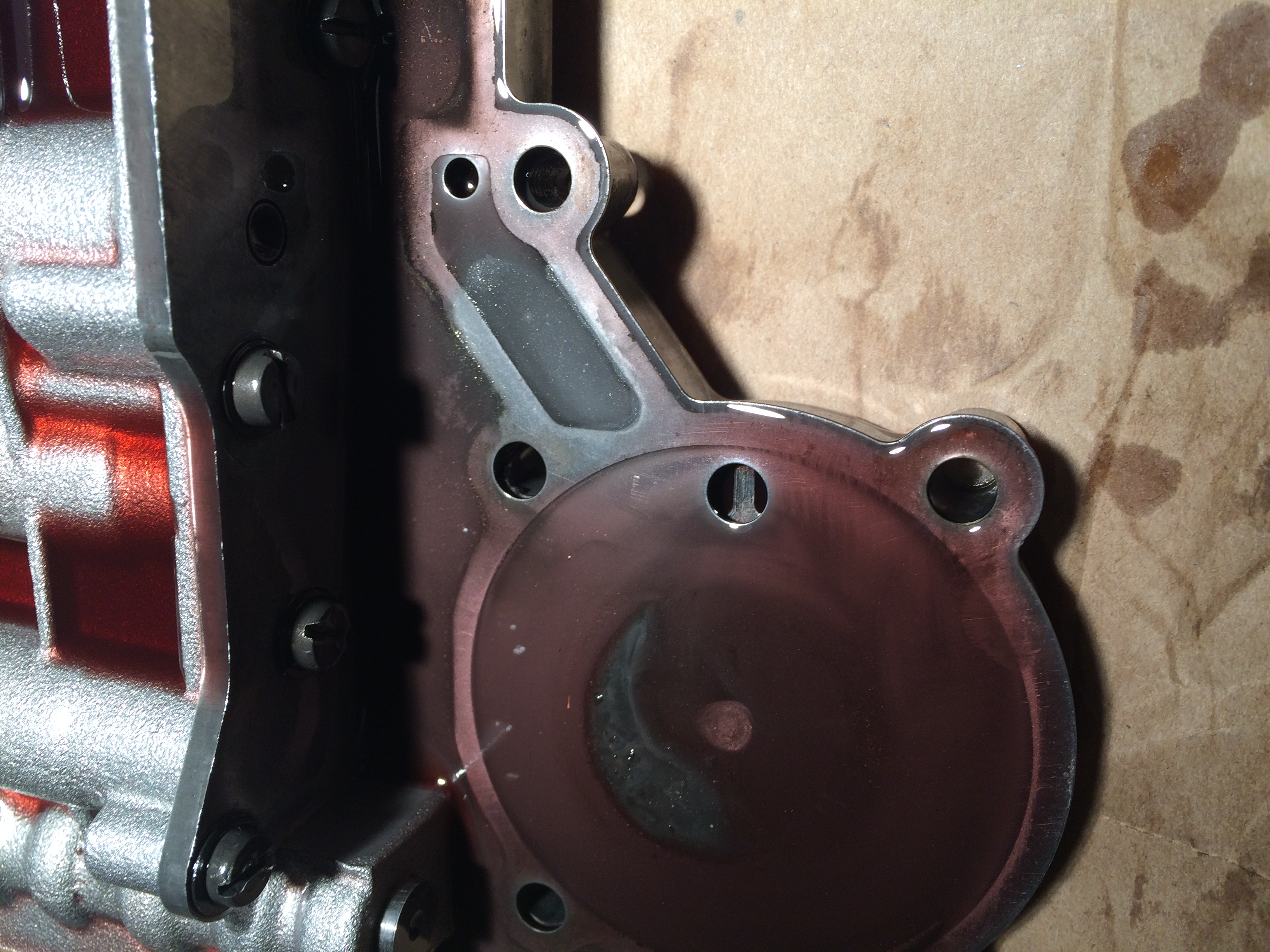 Re: Automatic Transmission not shifting into 3rd